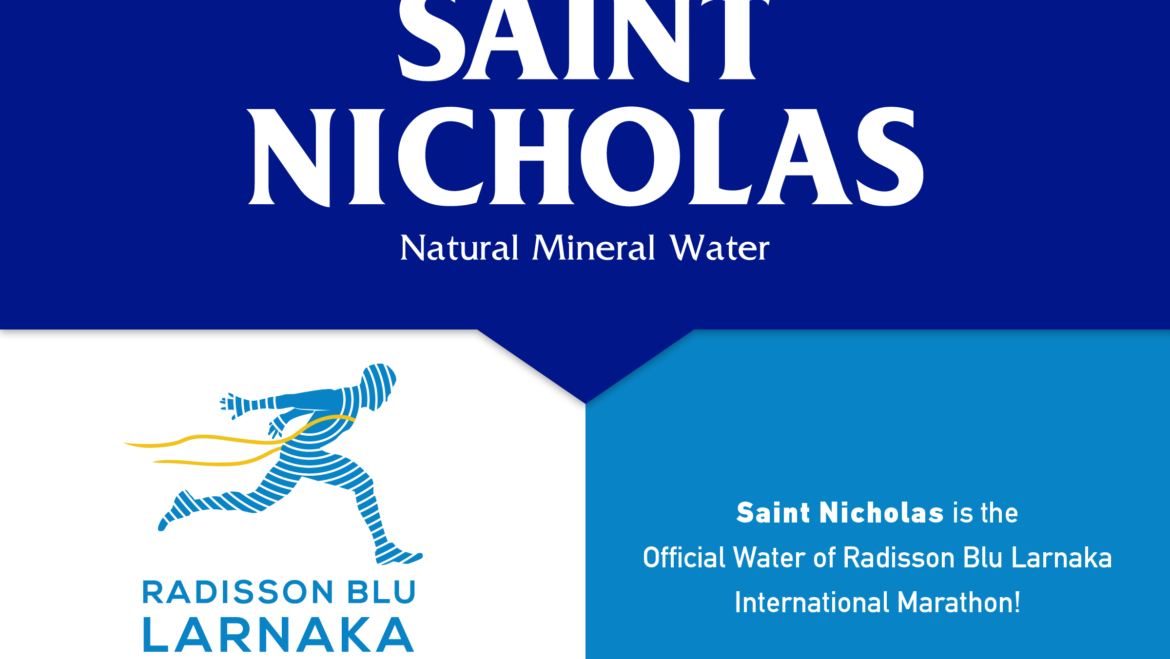 The Organizing Committee of the 2nd Radisson Blu Larnaka International Marathon is pleased to announce the renewal of our collaboration with the Natural Mineral Water SAINT NICHOLAS.

The Natural Mineral Water SAINT NICHOLAS comes from an underground aquatic pipe, pure and clean and bottled at the source at Saint Nicholas Housing in Kakopetria in PET bottles which are manufactured seconds before bottling without being touched by a human hand.

The bottling plant in Kakopetria is equipped with automatic systems and state-of-the-art technology. The entire bottling process is certified according to the HACCP Quality Management System. SAINT NICHOLAS is officially recognized by the European Union as a Natural Mineral Water.

The Saint Nicolas water is recognized by the European Union as a Natural Mineral Water because it comes from an underground aquatic vein and is free from any microbiological contamination, while being stable in its qualitative composition and bottles intact at source without any technical intervention that would alter its original recommendation.

Besides its incomparable quality, the Natural Mineral Water SAINT NICHOLAS is the only Cypriot water whose bottle is square, a particularity of the package which is convenient for storage, especially when placed horizontally.

So, apart from water quality, its packaging also provides an advantage by making its water “squared”!

SAINT NICHOLAS is not just bottled water. It is a natural mineral water that is aimed for consumers who are looking and choosing the confidence of a brand they trust. “A water… made in Heaven!”

SAINT NICHOLAS will continue being the “official water” of the 2nd Radisson Blu Larnaka International Marathon, which includes a Marathon race (42.195km), a Half-marathon (21.095km), a 10 km race, a 5km corporate race, a 5km individual race, and a 1km McDonald’s™ Kids Race, as well as the 1km RMHCR FunRace for adults.

The Radisson Blu Larnaka International Marathon has been certified by AIMS (Association of International Marathon and Distance Races). The race has managed to be among the few athletic organizations of its kind to have received the international AIMS certification from its second year of operation and is already in the official AIMS calendar, amongst the world’s top marathon races!