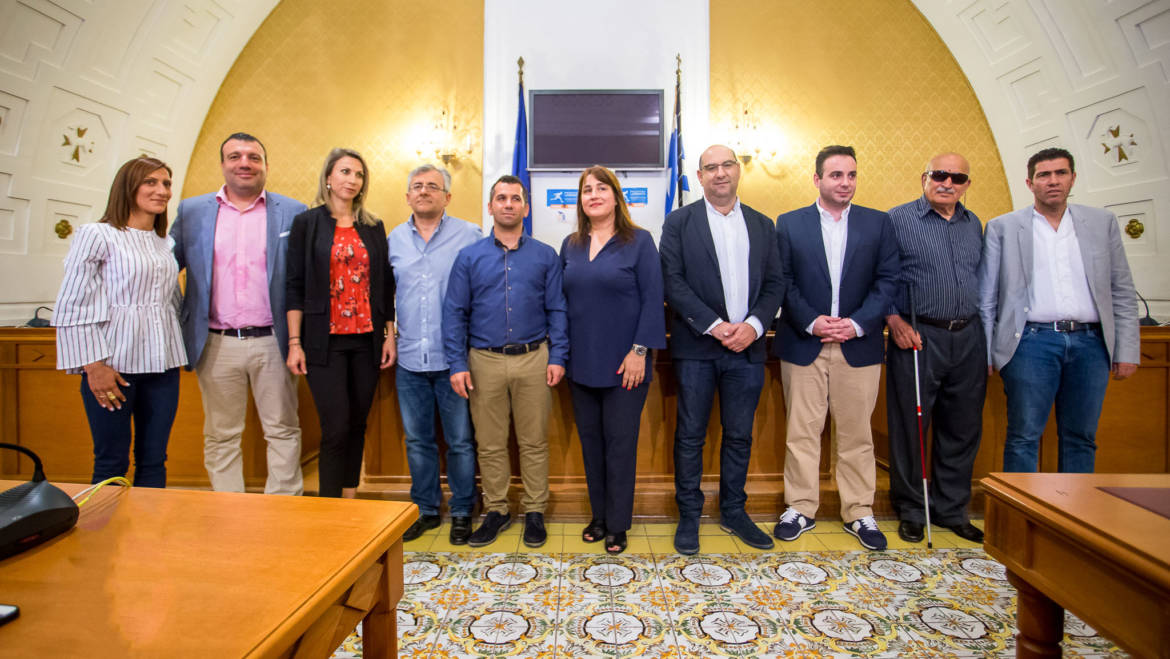 On 28th of April the twinning ceremony between Radisson Blu Larnaka International Marathon and International Rhodes Marathon took place in Rhodes, in an atmosphere full of joy and energy. Dozens of athletes, sport executives and regional government officials, took part in this celebration that brought together two important sport events.

As has already been announced, the twinning of the two marathon races includes a variety of mutual actions such as:

– An exchange of representative teams

– Hosting of the winners of each event

The Mayor of Larnaka, Mr Andreas Vyras during his speech, underlined the number of common characteristics, between Larnaka, Cyprus and Rhodes. As he explained, these arise through the long-time relation between the population of the two islands. Moreover, he expressed the honor that every resident of Larnaca City feels, thanks to the twinning of these two races that are not only important for their home cities, but for the whole Mediterranean, as well.

Ms. Marieta Papavasiliou, President of the Organizing Committee of the International Rhodes Marathon, mentioned the common values that the two organizations share. At the same time, she emphasized the importance of this type of races, as key points on athletic tourism growth.

Mr. Costas Daltas, on behalf of the organizing committee of Radisson Blu International Larnaka Marathon, demonstrated the perspective of an even closer cooperation between the two races. As he said “it’s not only the same cultural environment that make us feel at home, but also the fact that the two islands are really close, is making us hope for a relation that will become even stronger every year”. At the end of his speech he invited the runners of the Rhodes Marathon to take part in Radisson Blu Larnaka International Marathon, on November 28, 2018.

During the ceremony, the Olympic Champion, Ms. Niki Xanthou, the Greek Champion, Ms. Urania Rempouli and Mr. Lefteris Kastrounis of the International Rhodes Marathon, were awarded for their special contribution in Sports.

During their stay at the island of Rhodes, Larnaca Mayor, Mr. Andreas Vyras and Mr. Costas Daltas, on behalf of the organizing committee of Radisson Blu International Larnaka Marathon, met with the Mayor of Rhodes, Mr. Fotis Xatzidiakou, as well as the South Aegean Regional Governor, Mr. Giorgos Xatzimarkou. Both expressed their admiration for the well-organized race of Larnaca and congratulated their visitors from Cyprus, for the development of the sport spirit.

All attendees renewed their meeting for November 18, 2018 during the 2nd Radisson Blu Larnaka International Marathon.