Larnaka in 10 + 1 stops: what to see and what to do in the idyllic city of Zenon 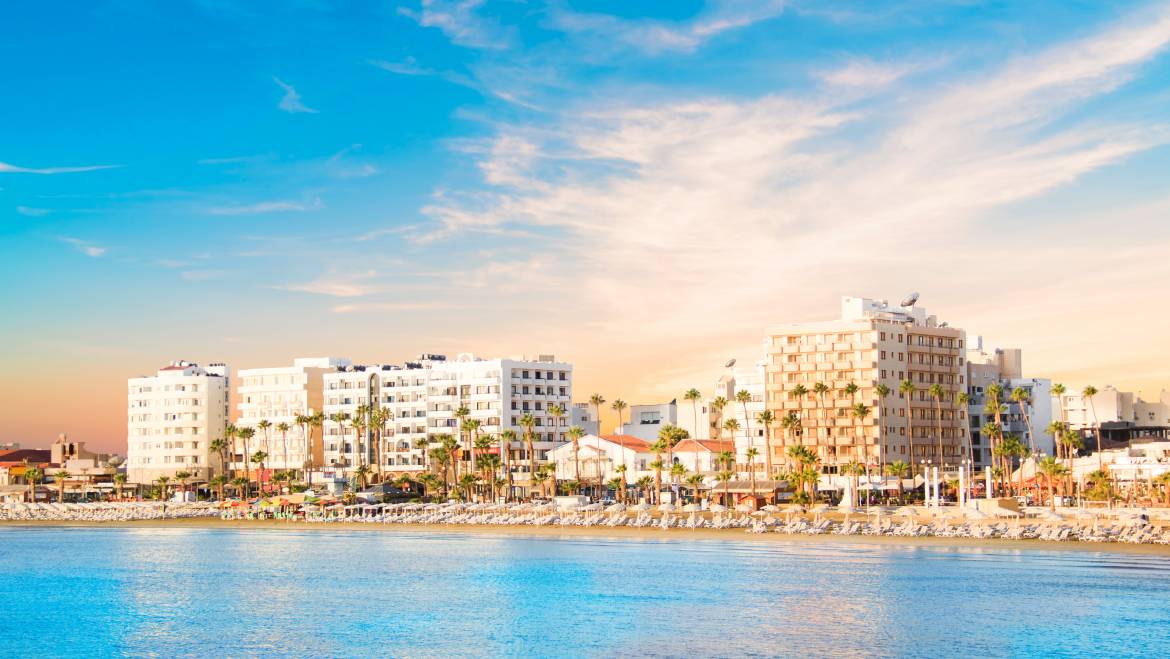 The commercial centers of the city are Athens Avenue, Ermou Street and Zenonos Kitieos. The beach of Finikoudes and the renewed Ermou Square are its most cosmopolitan places with cafes, bars, and restaurants for all tastes. An interesting suggestion for a walk is the Mackenzie beach near the airport, with a pedestrian street ideal for walks. Nature lovers should not miss the walk in the nearby salt lake, a favourite refuge of flamingos and other migratory birds during the winter months. For the faithful of the seabed, again, we suggest a dive in the shipwreck of “Zenobia”, which is accessible by boat, just 1.4 km from Larnaca.

But let’s look at the city of Zenon, the longest-lived historic city in Cyprus through 11 stops that include everything worth doing and seeing in Larnaca.

Take a trip to the Larnaca salt flats! This is an important wetland protected by the Ramsar Convention and the NATURA program. You will find it in the southwest of the city, east of the villages of Meneos and Dromolaxia. In fact, the salt marsh is a complex of four lakes, the largest of which you will find on your way to / from Larnaka Airport. Here you will admire the pink flamingos that overwinter on the beautiful shores of the lake. According to the local tradition, in the place of the salt lake there was a vineyard that was found on the road of Agios Lazaros when he came to Cyprus. One day the Saint from there, being tired, asked the owner for some grapes. She refused him and then he turned her vineyard into a saltshaker to punish her. Get a taste of the East on the west shore of the lake where the Chala Sultan Tekke Mosque is built giving an oriental note to the landscape! According to Muslim legend, during the first Arab invasion of Cyprus, the relative of the Prophet Muhammad, Umm Haram, was killed by falling from her horse.

You will also make an appointment with the religious tradition at the Holy Monastery of Stavrovouni, a very beautiful monastery that stands on the rocky hill of Stavrovouni at an altitude of 750 meters and where there is a part of the Holy Cross. Finally, do not ignore Panagia Faneromeni, a special church of 1872 that you will find while walking in the Old Town of Larnaca.

If diving is a bit extreme for you again, organize a beautiful day near nature in Camel Park that you will find in the village of Mazotos, just 15 minutes from Larnaka airport! Must for families! The children will be thrilled with the camels that can be fed locusts but also with the donkeys, ponies, horses, deer, ostriches, and kangaroos! In the park you will also find a swimming pool, pool bar, games, conflicting cars, trampoline, a small aquarium, a museum, and many dining options! A fun day for your little ones!

In Mazotos you will find another special park, the Petraion Sculpture Park. This special park includes a permanent outdoor sculpture exhibition (in gardens with different types of cacti where between them stone fragments of different sizes sprout from Savvas Koulendros), the Liasideio Amphitheater and the Archontariki, a small exhibition, where from time to time various hosts are hosted. stone church. You will be impressed by the 8.5-meter sculpture of Petraios that presents the man who was born from the stone.

Spend a day at the largest donkey farm in Cyprus “Golden Donkeys Farm” on the Georgiadis estate, which even produces donkey’s milk products. You will find this theme park in Skarinou (in the area of ​​Memila), a small community of a few residents of the province of Larnaka located on the main road of the island that connects the city with Nicosia and Limassol.

The archeological site of Kiti, which includes the two sites Kathari and Pampoula, is in the modern city of Larnaka and is waiting for you to get to know the history of ancient Kiti. Admission costs just € 2.50.