A unique interview with Rania Rembouli, a rising star of long distance races 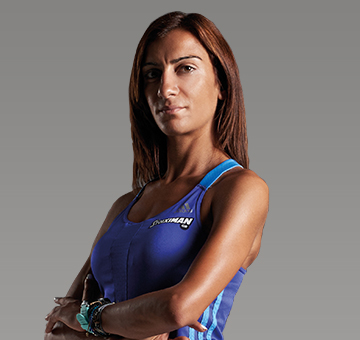 From an early age, she stood out for her performance in endurance races, with emphasis on the 3km with physical obstacles. In 2011 she won the 5th place at 10 km at the European Women’s Youth Championship in Ostrava with a time of 34.15.15, at the same time breaking the pan-Hellenic record, which she kept since 1986. Her debut in a marathon took place in 2014 at the Athens Authentic Marathon, where she took third place with a time of 2.51.23. Her advancement was a given and in less than 12 months she managed to qualify for the Rio Olympics, with the time of 2.39.52 which she achieved in the Berlin race. Rania’s momentum did not stop there, as in December 2015 she was the first Greek woman to finish the Athens Authentic Marathon and was praised upon entering the Panathenaic Stadium. As she herself says, her goal is to get better with every race.

Mrs. Remboulis, tell us about you, how did your career begin and when was the first time you got involved in sports?
The first time I started running was at the age of 12 at games organized by Primary Schools on my island, Leros. The best athletes who were distinguished at that time also participated in Rhodes at the Primary School Pandodekanisiako championship. These games were the start and the motivation to become a great and successful athlete. It was then that I decided to seriously engage with the sport, with my main goal to become better and better.

Did your career towards professional sports have been something you wanted from a young age, or did it result from your good performances?
As I said before, it was a childhood dream that I always wanted to accomplish. Since I remember myself, I liked to run. Wherever I go, at school, in the neighborhood, at home, I was running! Perhaps this is the reason that I have so much strive continue what I love.

You are young athlete with a lot to offer to the sport. What are your next goals?
The most important thing for me is to be healthy for God to keep me and the whole world strong and vigorous. Health is the most basic virtue and its catalyst as to raise the bar high. Every time I set bigger goals and every time I try to achieve them, always with hard work. My goal is the Tokyo Olympic Games in 2020.

On November 18, you will be in Larnaka at the Radisson Blu International Marathon. What would you say to those who are thinking about participating in such an event for the first time?
My advice to each participant is to enjoy race. In part, however, I would like to give some basic advice or tips for every runner / participant who is thinking of running for the first time at the Radisson Blu Larnaka International Marathon.