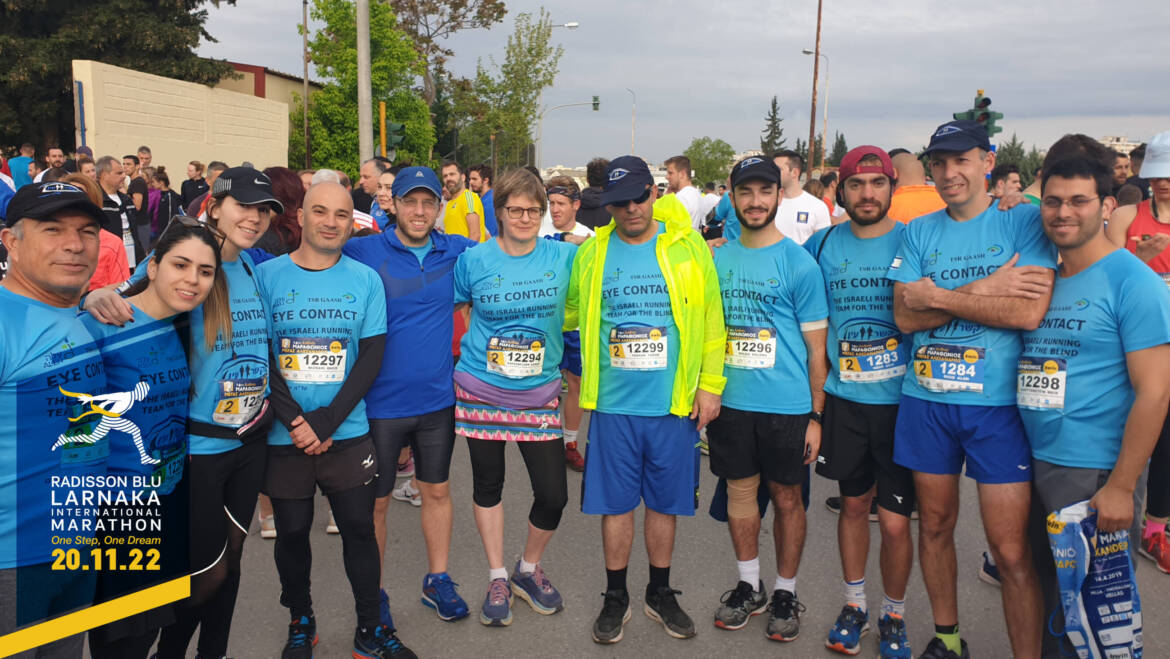 A group of 22 Israeli visually impaired runners from Jerusalem and Haifa will have the opportunity to live a unique experience at the 5th Radisson Blu Larnaka International Marathon. The group, named EYE CONTACT ISRAEL, consists of blind runners, visually impaired athletes and their volunteer-sighted guides. All runners will be able to complete their effort with the help and guidance of their sighted guides, using the special running belt that connects the two athletes.

According to Alon Shub, manager of the group “EYE contact Israel” the goal of their group is to raise awareness of the importance of integrating disabled athletes in competitive sports. Also, to give the opportunity to people with blindness to achieve in sport and to set an example of determination and courage to all. “If we can do it, then everyone can”, the message sent by Alon Shub!

The project of the sports teams for people with blindness operates by the “Aleh Society”, a non-governmental association of the Hebrew University of Jerusalem. The association promotes a variety of projects all over the country for the integration of people with disabilities in the israeli society.

After its successful participation in 2019, in the “Alexander the Great” International Marathon in Thessaloniki, the group of blind and visually impaired runners chooses Cyprus and the Radisson Blu Larnaka International Marathon to test their endurance and enjoy their run on the marathon, half-marathon and 10km distances.

The members of the EYE CONTACT ISRAEL group are excited about their participation in sports events in Israel and all over the world.