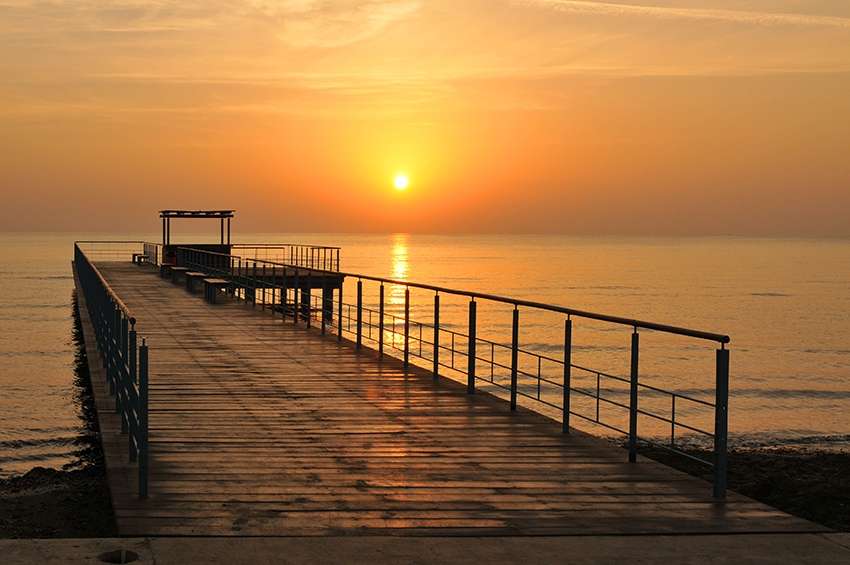 The city of Larnaka is one of the most beautiful in Cyprus, with particularly lively tourism owing to the superb beaches and many attractions it offers.

Located on the south coast of Cyprus, it the third largest city after Nicosia and Limassol and it is considered to be the oldest one. It perfectly blends the past and the present with its traditional architecture,authentic taverns,cultural sites, museums and religious monuments. This charming city might be the ideal place to experience authentic village life as well.There are many picturesque traditional villages made up of stone-built buildings and narrow streets such as, Tochni, Skarinou and Kato Drys.

Among its attractions are the outstanding beaches of Phinikoudes and Mackenzy, the medieval castle, the Pierides and Kyriazi museums, the Hala Sultan Tekke as well as the church of St. Lazaros.

At the same time, it is worth visiting the Larnaka Salt Marsh near the Hala Sultan Tekke, as it is an important wetland protected by the NATURA program, and is visited every year without fail, from December to the beginning of March, by our favorite flamingos!

Explore the scenic alleys of Larnaka, let yourself go on its amazing sandy beaches with crystal clear waters and taste the delicious traditional Cypriot food that will not disappoint you!

One of the most popular and unique sight in Larnaca, The Salt Lake is famous for hosting a large number of vibrant flamingos. About 10,000 flamingos visit the lake every year around Jan-Feb . It has become one of the most favorite spot for tourists who are coming to take stunning photos.

In July-Aug, the lake dries up leaving a thick crust of salt measuring up to 10cm deep. In the Middle Ages, the lake was used to mine salt for commercial purposes, but now it is just a tourist attraction. Situated nearby the Salt Lake is the holy site of Hala Sultan Tekke. 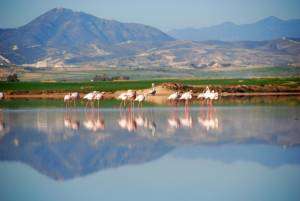 The beautiful mosque overlooking the Salt Lake is one of the holiest Islamic places in the world (recently ranked number 3 ) and a Muslim pilgrimage site. According to the tradition, it is built on the tomb of Umm Haram, who was related to Prophet Mohammed and wife of Ouvadas Ibn. He led the invasion against Cyprus in 649 and 650 AD. The simple grave has now transformed into a valuable mosque. An extremely sacred shrine, it is visited by thousands of pilgrims every year.

The Church of Saint Lazaros

Located in its own square in the center of the town, the magnificent stone church of Agios Lazaros was built around the 9th century by Byzantine Emperor Leo VI and rebuilt in the 17th Century. One the most well known sights in the Larnaca, it is also a remarkable monument of Byzantine architecture in Cyprus.

The legend says that Saint Lazaros came to Cyprus after being resurrected by Jesus. He was ordained as Bishop of Kition by the Apostles Barnabas and Paul and lived in the town for 30 years. His tomb can be seen under the sanctuary.

The saint is so revered that a procession is held in his honour eight days before Easter. During the procession, the icon of Saint Lazaros is carried through the streets of Larnaka (Larnaca).

Is one of the most famous beaches in south Cyprus, the name ‘Phinikoudes’ comes from Greek and it means “palm tree”,it is named after the small palm trees which were planted here in 1922. It is very popular for being very accessible as the beach is located in the center of the city. The area in and around the beach is popular for its cafes, restaurants, bars, hotels and mini markets. During the tourist season many facilities have been provided for visitors, such as lifeguards, sun beds, umbrellas and water sports.